…this is going to be hard to explain. :D 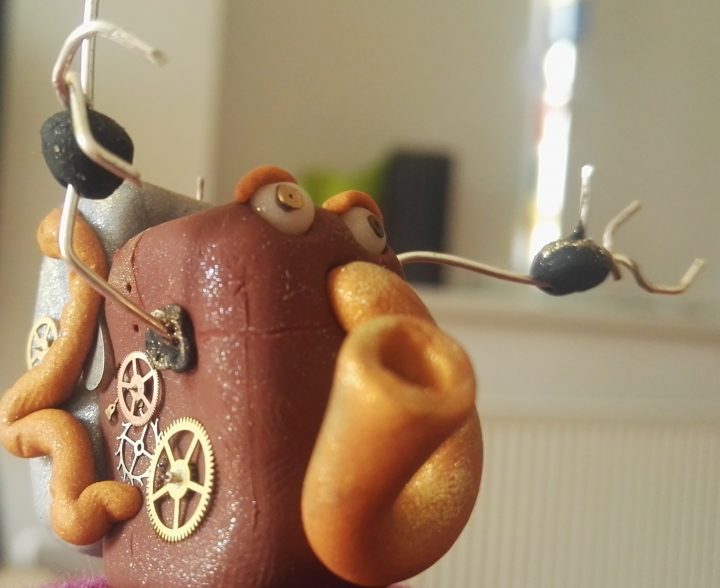 One night he dreamt a TV show/kid’s show/sitcom called “Die Weltsauger”. Hilariously he couldn’t recall a lot of the content (he only mentioned the vacuum cleaner from “teletubbies” as a reference to the characters), but he still remembered the theme song. The song was so funny to me, that I kept it in mind and brought it up from time to time, so it kinda became one of our many long-term-runnging jokes.

After all those years, I decided, that it was time to turn this crazy idea into reality. Since the theme song was such a crucial element, I was trying to find a way to incorporate all this into one birthday present. 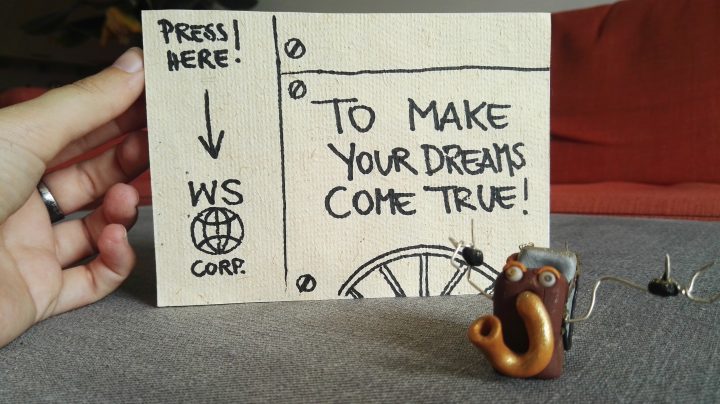 I found a gift card, that allows a recording of 30 seconds that you can then replay as often as the battery lasts by pressing its corner spot. After using my voice, a robo-vocoder and many attempts, I only needed to craft the card to a more appropriate look (it had a bunch of generic hearts on it originally). 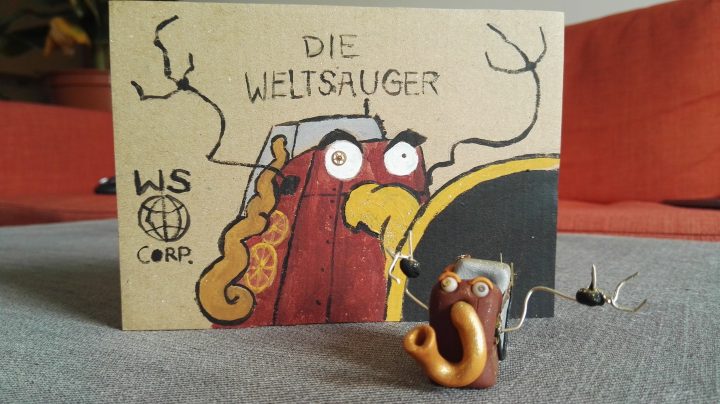 He never laughed to hard at one of my presents before- so mission accomplished!